Home > Case Studies > I Had to Knock Down Part of My Self Build: A Case Study

I Had to Knock Down Part of My Self Build: A Case Study 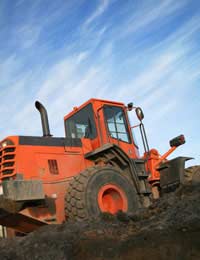 Brian Alsopp built his own home in 2006 along with his wife Marian. They moved into their new house and settled down to enjoy their new home and become part of village life when the letters started to arrive.

“To begin with I thought the letters were a joke. We’d just had a housewarming party and had invited a few friends, work colleagues and new neighbours. Everything had gone well with the build and Marian and I were planning an early retirement so that we could enjoy the large garden we now had and become part of the community. It had always been my dream to build our own home and over the years I had studied the subject seriously and attended many exhibitions and workshops. I often joked that I had a degree in self build without having touched a single brick!

The first letter arrived the morning after the party and I almost threw it into the recycling bin thinking it was my old work colleagues having a joke. Being told formally that the house did not have the correct planning application seemed rather silly at the time. Marian was worried though as the headed notepaper did not look like a fake so I telephoned the planning department at the council."

"I spoke to the building inspector who visited the site during the last half of the build. He was as bemused as I was and promised to get back to me. As far as he was concerned the paperwork he signed off matched the plans that we both held. That afternoon he knocked on my door. His grim face and a bulging file under his arm put me on edge at once.

Over many cups of tea he went through the paperwork for the whole build and showed me where things had gone wrong. It seems that when the architect who designed the plans and issued the stage certificates sent in a set of amended plans to cover the larger kitchen and garage he put them in one envelope to save money. Consequently the building control department had the up to date set of plans which were rubber stamped and the planning department never saw the set they were supposed to have passed. So, as far as they were concerned the kitchen and attached garage were illegally built. Tom advised me to get onto our architect at once and if the matter could not be agreed then to put in a retrospective planning application at once."

"Marian was very annoyed that our architect was the cause of the problem and all due to penny pinching on a few stamps. She went to his office and confronted him. Daunted by her anger he put in the application and decided not to charge us. We waited and hoped that things would progress positively.

Sadly they did not. We went to the planning meeting and watched from the spectator’s gallery. A few councillors thought that to build without permission was not really correct and without looking at the problem decided to make us knock down the offending part of our home."

"One year later and our house is smaller and without a garage. Marian’s beautiful kitchen is half the size it was and we are despondent about self build. Our health has been affected due to the stress and as the whole mess has cost us nearly £25,000 what with an appeal to the department of the environment and the cost of builders to put right the mess. Our early retirement plans are on hold as we now have to pay the loan that we took out for the extra building costs."

"The whole problem was due to our architect not taking care over where he sent the plans and telling us that they were passed. Yes, he should have recompensed us for the cost of the rebuild and the appeal costs but his announcement that due to marriage difficulties he had no finance and was on the brink of bankruptcy meant we had to control the appeal and the rebuild ourselves."